Saturday morning I got up at 5am, dragged myself out of bed and at 6am Lisa picked me up to drive to the F3 Events Autumn Classic Windsor Duathlon.

It wasn’t just early, it was cold as well… really cold… 1 degree to be exact, and when we arrived at Dorney Lake there was a thick frost, but it was a gorgeous morning! 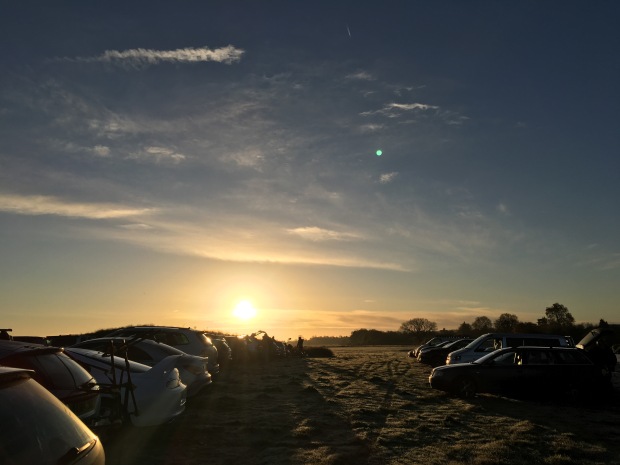 Now I was a bit worried about this race as the event info stated that the course would close at 11.15 (2hrs 45mins after the start time) and I had entered the standard distance (10km run, 40km bike, 10km run) and estimated it would take me between 2hrs 50 and 3hrs to complete, so I didn’t know what would happen if I finished after the cut off?!

That was the first thing I checked when we arrived! I asked the ladies on the registration desk who weren’t too sure but suggested that I might be allowed to continue… slightly reassuring but not fully, so as I was getting my stuff ready before setting up in transition I asked the gentleman who was doing the announcements and he said it would be ok and they wouldn’t be packing up or deflating the finish line as they had a half marathon running in the afternoon!

Transition was a bit cramped and we were quite late setting up so there was practically no room, I actually had to shuffle someone else’s bike over a bit to be able to squeeze mine in! Other than that it was all quite a smooth registration and set up process!

There were a lot of serious looking bikes around, this made me nervous too… was everyone going to be an amazingly super speedy athlete… except me? I had visions of finishing 30mins behind everyone else…

Then the start, we chatted to a few people at the start line and it seemed as though we weren’t the only people who had been nervous about the cut off time. This made me feel a little better, maybe all the competitors weren’t going to be super speedy!

The run! Soon warmed up after being a bit chilly at the start, and the group moved off at a reasonable pace, not the bat out of hell sprint that sometimes happens at races so that was quite refreshing, I was able to settle into a comfortable pace and found the first run (dare I say it) quite pleasant! It was sunny, crisp, I felt good, and after a lap realised my pace had settled to a speed consistent with another girl and we chatted for the remaining 3 laps. Turned out she had also asked the organisers what would happen if she was still on the course after 11.15am!

Then onto the bike, feeling quite happy after a good run, quick change of shoes, out of transition and away. The last time I cycled at Dorsey Lake I was a little bit disappointed with my bike leg so was hoping for a better time. Started well enough but it was cold, and the wind picked up more and more each lap. The bike course is 8 laps which is soul destroying when you are struggling. It got harder and harder and colder and colder and my bike leg felt like a real struggle. Which is no surprise really as I haven’t been training on the bike recently so I am not sure why I had ever thought it would be anything other than a struggle… still 8 laps completed and back into transition to start the run.

For some reason this transition was the hardest part of my race… I was so cold from the bike section, my feet wouldn’t go into my shoes, when they did my fingers were too cold to tie the laces up, it took me ages, I was fumbling around like my fingers were made of ice! 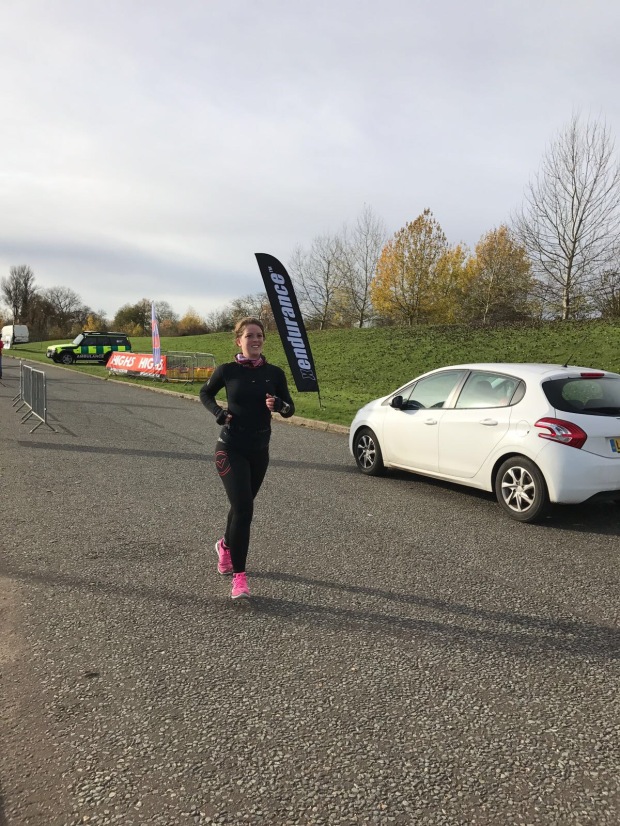 Eventually with my shoes tied I headed out to the run, but my toes felt like ice blocks and every step felt really weird, like I didn’t know where my feet were or how to place them?! My final 5km was a steadier run, but I still managed it, running after being on the bike always feels a bit strange and 5km is my nemesis distance I am much happier over a longer distance. But eventually 5km was over! Lisa was waiting for me at the finish having done the sprint distance event she finished quite a while before I did.

Another race done, another medal earned, and my first ever Duathlon completed! Yep – it was my first! And I’m sure it won’t be my last! 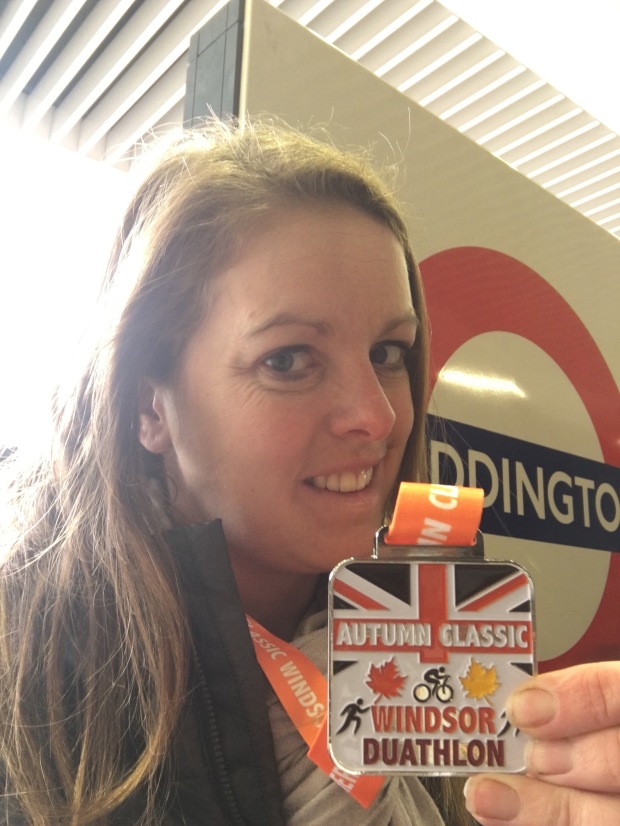 I am now on a train heading up to Cheshire to take part in a half marathon tomorrow morning, providing my legs agree in the morning! No rest for the wicked!