So this weekend unfortunately neither Jenni nor me could participate in the Silverstone Half Marathon, I was devastated but my injury is too bad to run through and with my operation this week it was a bad idea!

So in a first for us I asked my friend Chris if he would like to do a guest post for our blog! So everyone please meet Chris, he is taking part in some amazing challenges, I hope you enjoy his post.

It was such a shame when Helen told me she wouldn’t be running the Adidas Silverstone Half Marathon but in the long run (excuse the pun) maybe it was for the best. I’m sure she’ll be back on her feet competing again in no time. And it was lovely for her to ask me to write a guest entry for this blog so I’ll do my best.

I’ve been raising money on and off for The Lullaby Trust over the past five years in memory of my son Tyler who passed away in 2012. They research into the cause of Sudden Infant Death Syndrome (cot death). 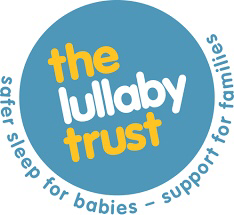 I’ve completed a Football Stadium Road Trip visiting every English League football stadium across 5 days whilst living in the car. The following year I did the same in Scotland meaning a total of almost 150 stadiums. In 2015 I completed a 160ft bungee jump, 10,000ft skydive, and my first ever 10k run. I’ve come a long way since that race, which took a full 1 hour and 18 minutes! You can read more about these on my own blog – Wadeyschallenge.wordpress.com

In June of 2016, I made a decision to make my next fundraiser my last one for a while so I wanted to step it up a notch from previous years. Originally it was going to be 4 big(ish) challenges, which quickly changed to 7. Currently my target is at 33 challenges… with the potential to add a couple more before 2018 appears!

First up was to reach the summit of a mere 3,718m high active volcano. Mount Teide in Tenerife was the setting. I reached the summit in 5.5 hours, whilst battling against the heat, altitude and my own stamina levels.

Then came two 10k runs in quick succession. The MoRun in Greenwich Park, and the Kelly Holmes Trust 10k in London’s Olympic Park. On both occasions I managed a new PB.

Then came my first Obstacle Course Race, Mud n Madness in Upminster. I used this as an eye opener to OCR’s and to help me with my future challenges.

My final challenge before I conquered my first half marathon was another 10k run in Greenwich Park which I once again achieved a new PB which stands at 53:53.

My training for this had wavered a little in the previous couple of weeks so I wasn’t in the best possible shape so I was slightly nervous, especially as I hadn’t run more than 10 miles in one session before.

The day didn’t get off to a good start due to the torrential downpour of rain whilst driving along the M1. Visibility was minimal so a steady stroll along the motorway was needed. Maybe this helped with my pacing during the race? Who knows.

I pulled up in the car park in awe of the grandstands at this iconic circuit. As a big Formula 1 fan, to run here was the perfect setting for my first half marathon. Along with my partner Becky, and children, Ruby and Bella we waited for the rain to ease off a little before heading to the track. Thousands of people were all heading in the same direction so we just followed them, hoping they were heading towards the Pit area. 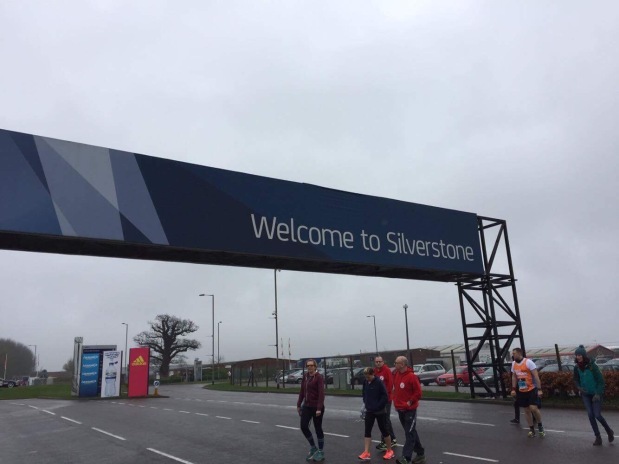 At 11.15am they all gave me a kiss and wished me luck as they headed towards the grandstand at Copse Corner, and I headed into the track. The rain continued to pour and a light breeze made it seem a lot colder than it actually was. My warm up consisted of a couple of small jogs and stretches followed by strolling around trying to pass the time.

The Pit Straight was broken into sections for our estimated finish time so I took my place between the 2:10 and 2:20 signposts. I thought I was being slightly unrealistic and would more than likely finish closer to 2:30 but I like to push myself past my capabilities. Although my confidence took a major blow when I heard that around half of the people racing were using this race as a warm up for The London Marathon in April.

At 11.56am I heard the klaxon for the wheelchair race to begin and then us runners all shuffled forward towards the start line. My nerves were off the scale at this point thinking I’d bitten off a lot more than I could chew but the was no way I could back out.

12.00pm on the dot and as the legendary Formula One theme tune “The Chain” by Fleetwood Mac was blaring out, the klaxon sounded again. It took a couple of minutes to start moving due to sheer amount of people running. When I finally crossed the start line when the race had already been underway for almost 3 minutes. I started my stopwatch and away I went.

The first 2 miles through Maggots, Becketts, Hangar Straight and Stowe Corner were slightly downhill and I managed to keep an 8:50/mile pace. I realised that I wouldn’t be able to keep this up throughout the race but decided on the ‘worry about it later’ strategy and pushed on.

I was feeling quite good and looking at the grandstands and picturing in my mind legends like Schumacher, Senna, Vettel & Hamilton all whizzing round the same corners that I was, was exhilarating. The only difference being they average a speed of 180mph…. and I was averaging 6mph!

After we passed through the pit lane and onto the 6 mile mark I slowed to a walking speed to have a drink and a quick recovery period. I had just recorded what would turn out to be my fastest mile of the race at 8:38. The sun was now out and drying the track so thankfully the annoying ‘squelch’ sound from hundreds of trainers around me had finally stopped.

Miles 7 to 10 really seemed to drag as the course took us around the footpaths on the outside of the circuit. No scenery, no iconic bends and not many spectators to cheer us on. Just a long winding pathway with grass verge that was being used as a makeshift toilet area. As we passed the 10 mile point there was hoards of people cheering us on but I kept hearing,

“Blimey! This Gavin has got some fans”, I thought.

Then all of a sudden a bloke dressed as a great big Royal Mail Postbox came running past with the word Gavin written on it. That explains a lot! But there was no way a bloody Postbox was going to beat me!

We finally got back onto the track for our final lap when I hit a bit of a wall. Not from exhaustion but from shooting pains up my legs and in my right foot. There was only 2.5 miles to go and until that point I was on course to finish in under two hours. I had to change my running style into a strange shuffle in order to keep moving. But the sub two hour time would prove to be elusive.

With the finish in sight, there was an ambulance on the track and a man lying on the floor being treated. This just highlights the dangers of not hydrating enough or preparing properly. This could easily have been me. As I shuffled past the 13 mile point, I broke into a sprint finish. I do not know where the energy came from or where the pain went, but it did. People were cheering me on as I burst through the pack of runners approaching the finish line.

And waiting at the finish line with beaming smiles and bursting with pride, was my family. What a perfect way to end my most challenging run so far.

Helen again here – I would like to say a massive well done to Chris on his first half marathon and a huge thank you to him for writing this post for us!

If you would like to sponsor Chris his fundraising link is here.

3 thoughts on “Silverstone – There’s a First Time For Everything”