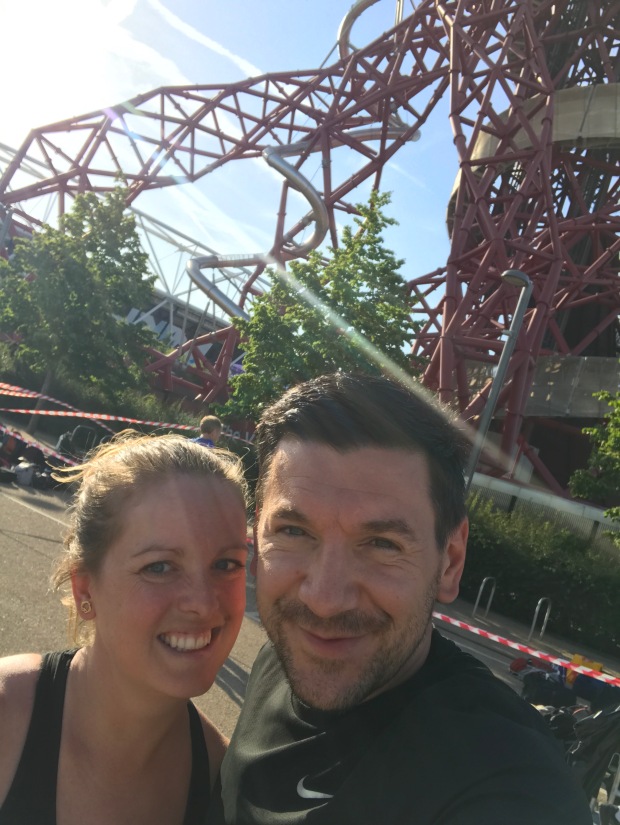 Last night was my first event since my ankle operation and I headed to the Queen Elizabeth Olympic Park in Stratford to join my friend Robbie and take part in the Run Through Chase the Sun Event. I’d never done a Run Through event before so I wasn’t entirely sure what to expect. But it turned out to be a really good race!

It started under the ArcelorMittal Orbit There were options to run either 5km or 10km with the course being a loop of 2.5km, so 2 laps for 5km and 4 laps for 10km.

We arrived nice and early, collected our numbers easily and sat on the grass enjoying the sunshine whilst all the other runners arrived. It was a nice organised but relaxed atmosphere and the marshalls were wandering in and out of he participants asking if anyone had questions and checking that timing chips had been correctly fastened.

A quick group warm up and then everyone was lined up in pace order, then we were off!

I had opted for the 5km as I am only just starting to run again following my operation, Robbie was doing the 10km, so we set off together but separated after about 1km. 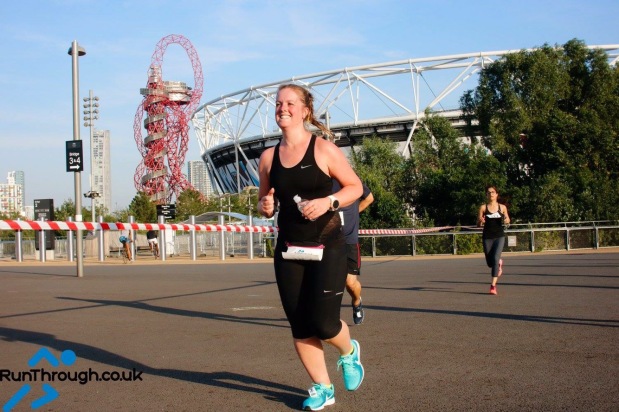 The route was really well marked with tape, cones, marshalls and signage for turns and km markers, in addition to a few motivational slogan signs too!

The marshalls were awesome, most had some kind of musical instrument maracas or tambourine and they were very cheery and encouraging! One Marshall ran along for a bit cheering everyone on and I recognised him from the Run Tatton race I did last year, I was unsure at first as surely a Marshall from a race in Cheshire wouldn’t be at a race in London but I asked him and he was indeed the same person, full of boundless energy!

It was a really hot evening but the organisers were well prepared, there was a water station at the lap point, so it was possible to take water every 2.5km if you needed it! I wouldn’t normally need water on a race of 10km or less but I did this time! A combination of the heat and my body having to work harder as I’m not as fit as I used to be, I genuinely needed a drink and the water was a welcome treat!

A very reasonable 31mins later I crossed the finish line. I was really pleased with that for my first race back! The medal is awesome and they had water, bananas, flapjacks (really really tasty flapjacks) and Pip n Nut Almond Butter at the finish line!

All in all a fab race, I will definitely be doing another Run Through event! 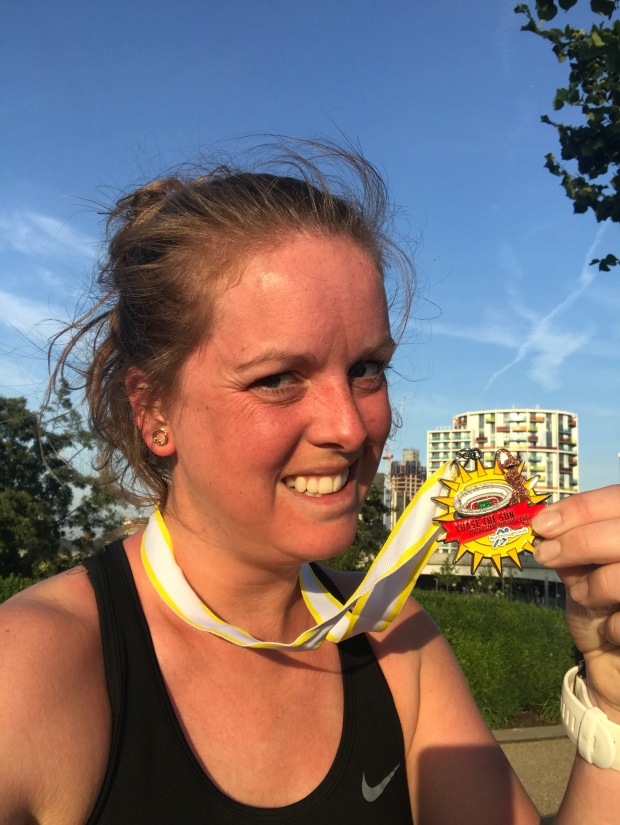