Somehow once you manage this momentous event the worlds perception of you changes… It’s like you are walking around with a banner on your head (and I don’t even have an Ironman tattoo)!

All of a sudden you are no longer considered to be a normal human, people expect you to be better, stronger, more capable than anyone else.

And this is great, and perhaps temporarily for the week following the Ironman event you may feel super strong, on a massive high, this may even last a bit longer than a week. But after that, most people return to normal training levels, or even have a complete break for a few weeks, and guess what, this renders you the same as any other person. Except other people don’t see this.

Every time you have a tough training session, people will say ‘but you can cope, you are an Ironman’ when you go for a long run or bike everyone thinks that that distance isn’t significant to you as ‘you are an Ironman’!

I did my first full distance in Malaysia after a shorter training period than recommended due to my ankle operation, I trained as hard as I could, gave Malaysia my best shot and am proud of my achievements. However I came back to the UK, struggled with the winter, the cold, the inevitable winter flu and colds that plagued most of my friends and family and as a result experienced a huge drop in fitness really quickly! Mid November I raced an Ironman, mid December I struggled with parkrun at what should have been a sociable pace for me, 3miles at over 10 minute per mile pace felt like hell, the longest distance ever and left me flat and exhausted! I don’t mind telling people that after a particularly tough parkrun when I had planned to run home afterwards I got a lift home and cried! I felt like a failure, 4 weeks prior to this day I was running home from work 14miles at a faster pace and bouncing along… or running 9 miles after a 80mile bike ride but now I couldn’t run 3 miles on its own without feeling like my world was ending!

My bike fitness and confidence suffered similarly… Whereas 90mile rides wouldn’t normally phase me I went down to an hour on the bike (approx 15-16 miles) feeling like a huge effort, I couldn’t face riding further than 15 miles or so as I knew I couldn’t cope… But again this Ironman curse follows you round. ‘But you are an Ironman, an hour on the bike is nothing to you’.

A mile is a mile! Regardless of whether it’s your first mile, your last mile, your fastest mile or your slowest mile! It’s a significant distance and whether you can only walk 1 or 50, run 1 or 26.2, cycle 1 or 100, its an achievement! Just because you have previously run a marathon doesn’t make 5km less of an achievement. 112 miles in an Ironman is a crazy amazing distance, but 12 miles on a commute when you are tired and it’s dark is also fab! It’s not ‘only’ 12 miles, it’s 12 miles!!! No only about it! 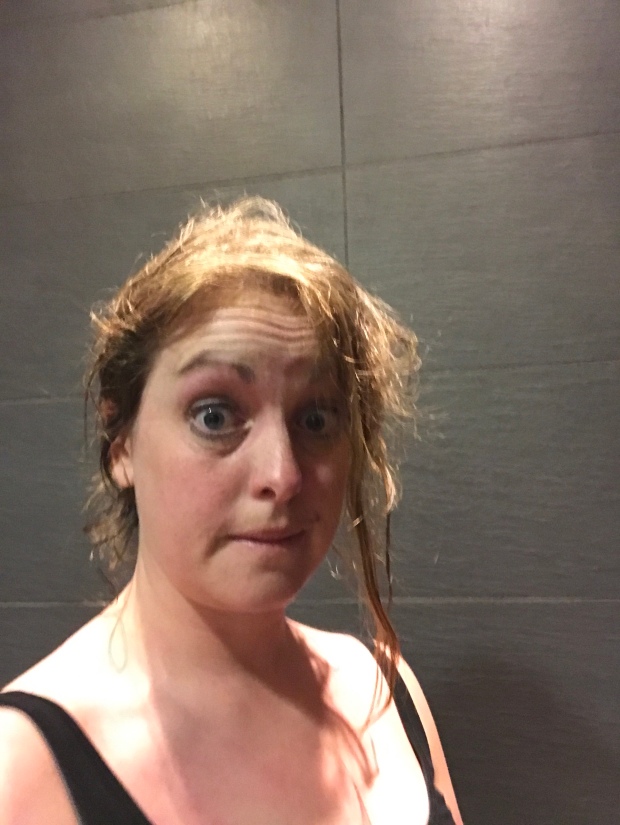 Iv slowly managed to get my fitness and its accompanying confidence back to some levels that are perhaps more ‘normal’ for me, I am back to running reasonably long distances in training for the Brighton marathon, but just because 16 miles running is now my long training run, doesn’t mean someone else’s 10 mile run isn’t long enough. Yes I have previously run 26.2miles but for now I’m counting every run that doesn’t leave me feeling broken and miserable as an achievement. I took part in the York Leeds York cycle event recently and felt quite happy on the bike, for which I am grateful. But I know that 2 months ago I wouldn’t have managed that distance. My ‘normal’ now was my impossible a few months ago, despite being an ‘Ironman’.

I am an ‘Ironman’ but I am also a human, a normal girl who goes through normal patterns of success and failure, normal levels of enthusiasm and despair, normal fluctuations in fitness. Being an Ironman doesn’t make me invincible, strong or better than anyone else. All it has given me is a sense of achievement and a constant shadow of expectation…

And if you want to be an Ironman that’s great, I will be doing another full in Italy in September but that doesn’t mean because Iv done one before il be fine. In the meantime I’m the same as everyone else, working on myself, improving my fitness, battling with confidence and struggling to live up to the ‘Ironman’ expectations!

We are not all on top of our game every day, our past achievements shouldn’t overshadow the ones we make today. Don’t judge yourself or others based on what they or you have previously achieved, yes it’s great to have an aim, maybe even want to beat a past PB, but if you are putting in the effort today and not reaching the levels you reached a year ago or even a month ago just know that that’s ok! As long as you are trying, keep your eyes on where you want to be but your mind in the moment! Celebrate the victories however small and keep it fun.

I’ve tried to accompany this blog post with pictures that maybe wrongly would possibly not always make it onto my social media, but my world isn’t always flying feet and thumbs up, its grit, sweat, shuffles, tears, effort, failure and success all in equal parts. And it’s far from glamorous!

2 thoughts on “Being an Ironman – the curse”

And the sun still rises, and still sets, and the outdoors is still beautiful... . . Not all is lost... Had a lovely little spin out this evening, easing off the legs after some tough @gozwift sessions last night and this morning... . . Gorgeous sunset and some well needed outdoor time to myself... . . #sunsetspin #sunsetshots #primaleurope #primaleuropetribe #lifebehindhandlebars #girlswhocycle #bikelife #justkeepspinning #betterbybike #ridemoreworryless
I’m finding all the uncertainty for the coming season a bit difficult to deal with... . . I am struggling to comprehend putting in all the hours of training, mostly inside, (which I find super tough), for events later in the year that may or may not take place... . . As a result my training has been a bit sporadic, unstructured... I know the volumes I need to complete but Iv been going about it a bit erratically... Sunday I did too much, Monday I struggled, and just felt awful, so I took a rest day... . . This week I feel better, I’m on track with both volumes and intensity, but in a much more settled and structured way... . . Whether my events take place or not is beyond my control, but whether I am ready for them if they do is absolutely within my control... . . #dontgiveup #controlthecontrollables #dowhatsbestforyou #indoortraining #indoorsisthenewoutdoors #trainhardraceeasy #headdownwattsup #livbeyond #justkeepspinning #lifebehindhandlebars #trilife
How most of my days start and/or end at the moment... . . #turbotraining #wahooligan #omnirocker #justkeepspinning #indoorsisthenewoutdoors #stayhomeworkout #cyclinglife #lifebehindhandlebars #spinningiswinning #pedalpower
Sunset smiles 🌅 . . I headed out after work for a ride, and it was everything I needed! Sunset, clear skies, cold, fresh weather and it was amazing! . . Sometimes it’s the simple things that mean the most and give the most joy... . . #sunsetsmiles #lifebehindhandlebars #cyclinglife #justkeepspinning #outsideisbetter #ridewithprimal #primaleuropetribe #justride #girlswhocycle
How I’m going to be spending the majority of my non-working hours for the foreseeable future... . . The incredible matchiness (I’m sure that’s a word) makes me very happy! . . Thanks @omnirocker for my custom set up, the aesthetics of my gym set up appreciates the very beautiful addition! . . #trainhard #wahooligan #omnirocker #primaleurope #indoortraining #paincave #girlswhocan #justkeepspinning #lifebehindhandlebars #howweliv #fitspiration
Super grateful for my @wahoofitnessofficial headwind fan keeping me cool during my turbo sessions... Less grateful for the crazy hair it gives me 🙈😂 . . #wahooligan #turbotraining #justkeepspinning #trainharder #cyclelife #lifebehindhandlebars #primaleurope #ridewithprimal #bikelife #fitspiration